Warriors rally without Durant to force Game 6 against the Raptors 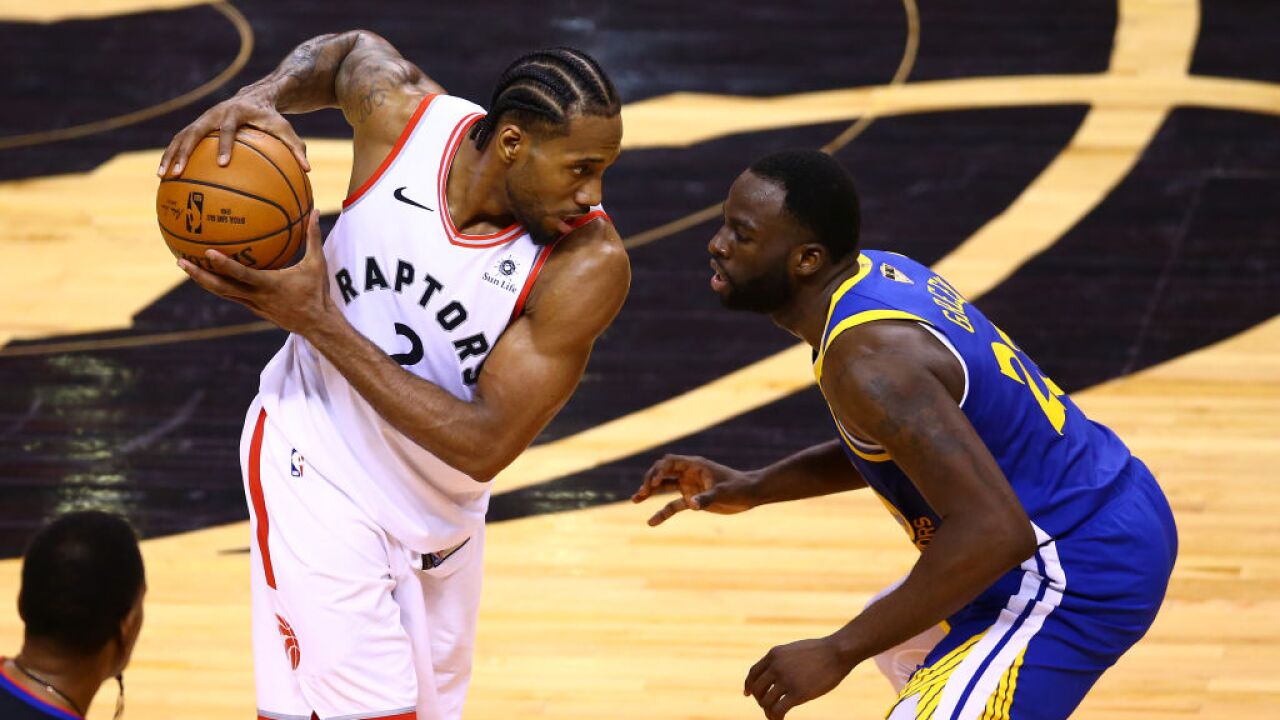 The two-time defending champs Golden State Warriors were buoyed early in Game 5 on Monday by the return of reigning Finals MVP Kevin Durant.

But two minutes into the second quarter, Durant reinjured the same leg that kept him out of the first four games of the NBA Finals. The Warriors then proceeded to blow a double-figure lead in the second quarter.

But a 9-0 run later helped Golden State erase a six-point deficit in the final three minutes to win Game 5 by a 106-105 margin.

Durant's status is unknown, but he was seen wearing a boot and on crutches. The Warriors said that he will have an MRI performed on Tuesday.

"Prayers to KD. He gave us what he could," Warriors star Stephen Curry told ABC after the game.

Durant's injury prompted applause by some Raptors fans in Toronto. The gesture clearly disturbed members of the Warriors. Members of the Raptors gestured to the crowd to stop cheering as Durant was helped off the court.

Kevin Durant is helped to the @warriors ' locker room after going down in the second quarter. #NBAFinals pic.twitter.com/iAUmgThwRR