Watch: Bob Dole helped out of his wheelchair to salute George H.W. Bush 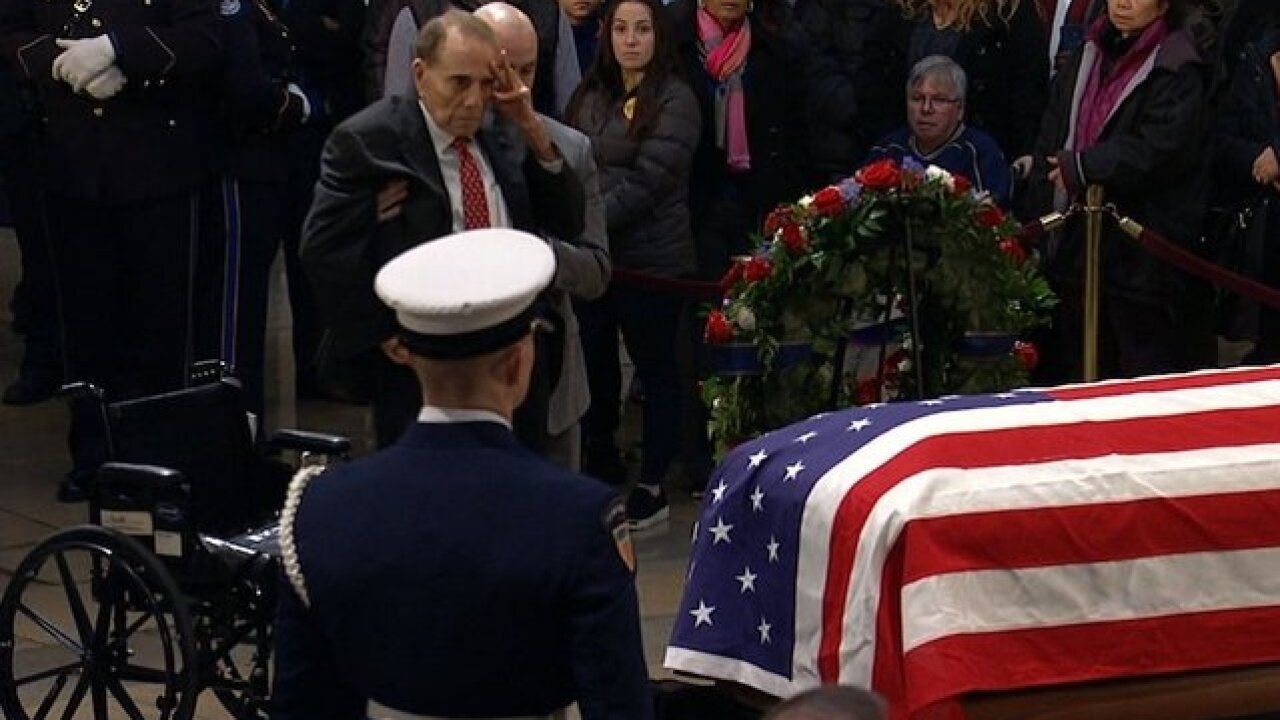 Former Sen. Bob Dole was helped out of his wheelchair Tuesday to salute former President George H.W. Bush as he laid in state at the Capitol Rotunda.

Dole, 95, once faced Bush during the 1988 Republican primary fight for the presidential nomination but nonetheless maintained a decades-old friendship with the former president.

On Saturday, he reflected on their relationship, telling CNN's Ana Cabrera that his passing was an end of an era, as Bush was the last World War II veteran to serve as president.

"I believe there are certain qualities that veterans have, and when Bush was president, I think about three-fourths of Congress were veterans and we would stick together and work together across the aisle. And President Bush was a bipartisan president. So we got quite a lot done," Dole said.