New device helps paralyzed people get back on their feet

New device helps paralyzed people get back on their feet 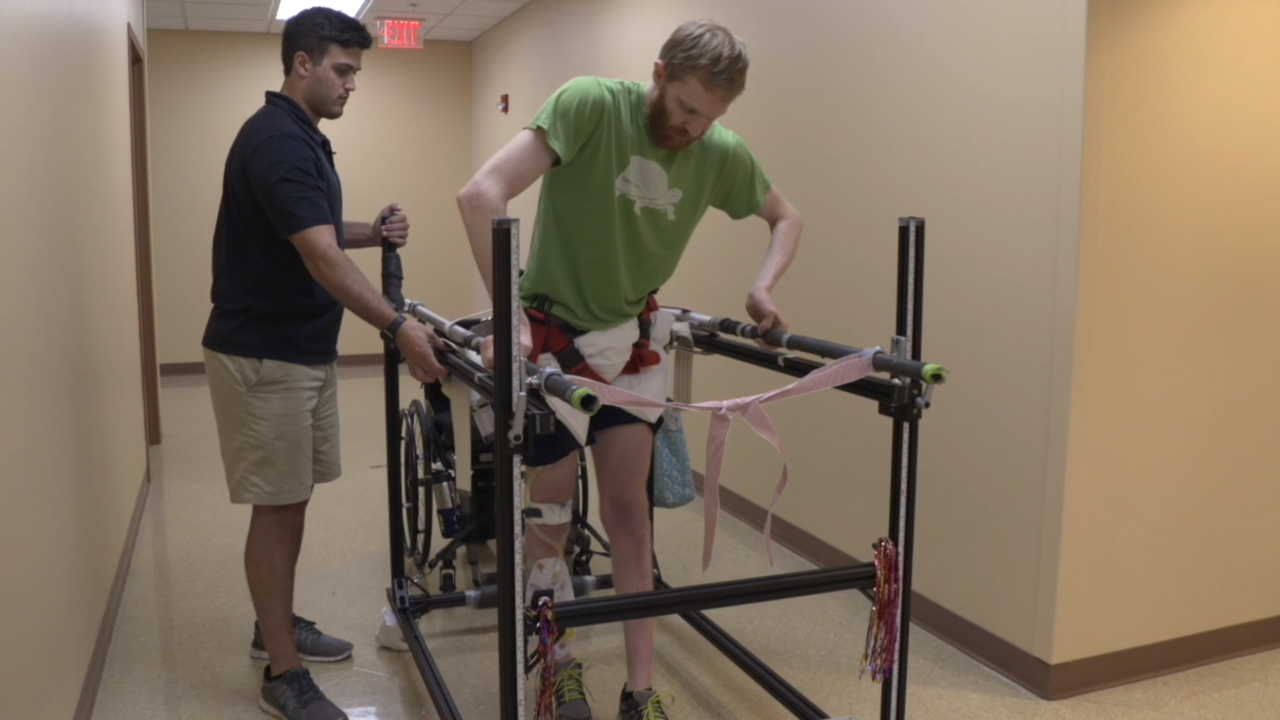 Eight years ago, Marquise was paralyzed from a mountain biking accident.

“It was a gap jump and I sort of just rolled over it and went over the handlebars on the other side of the jump and came down right on my head,” he recalls. “I sustained a C5 and C6 burst fracture.”

Now, with the help of new technology and old-school physical training, he is leaving his wheelchair and walking again.

“No one thought I could stand up on my own or step on my own,” he says. “So, being able to do it with the implant has brought some hope back to the equation.”

The implant is an epidural stimulator that’s embedded near the spinal cord. Electricity then triggers the nervous system which can help restore brain-to-spine connectivity. Researchers at the Kentucky Spinal Cord Injury Research Center at the University of Louisville are calling this a scientific breakthrough.

“It gives us hope that we know now that the spinal cord has this capability,” says Claudia Angeli, Ph.D., of the University of Louisville. “So, it’s a matter of being able to tap into that.”

While Angeli is not calling this a quick fix for paralysis, she is finding excellent results.

That excitement can be felt across the country.

A recent study by the Christopher and Dana Reeve foundation discovered that there are nearly 1 in 50 people living with paralysis in the United States.
That breaks down to about 5.4 million people, or the combined populations of Los Angeles, Philadelphia and Washington, DC.

“It is life changing,” Marquise says. “But I’m always careful not to oversell it. It’s not walking around the house doing chores.”

While being brutally honest, Marquise says he’s also very happy to get back on his feet again.

“When you first get hurt, a lot of people are told that they are not going to be able to walk again,” he says. “So, being able to do it in this setting has brought a ray a hope for me and other people.”