VIDEO: Plane makes emergency landing on the beach in Ocean City, no injuries 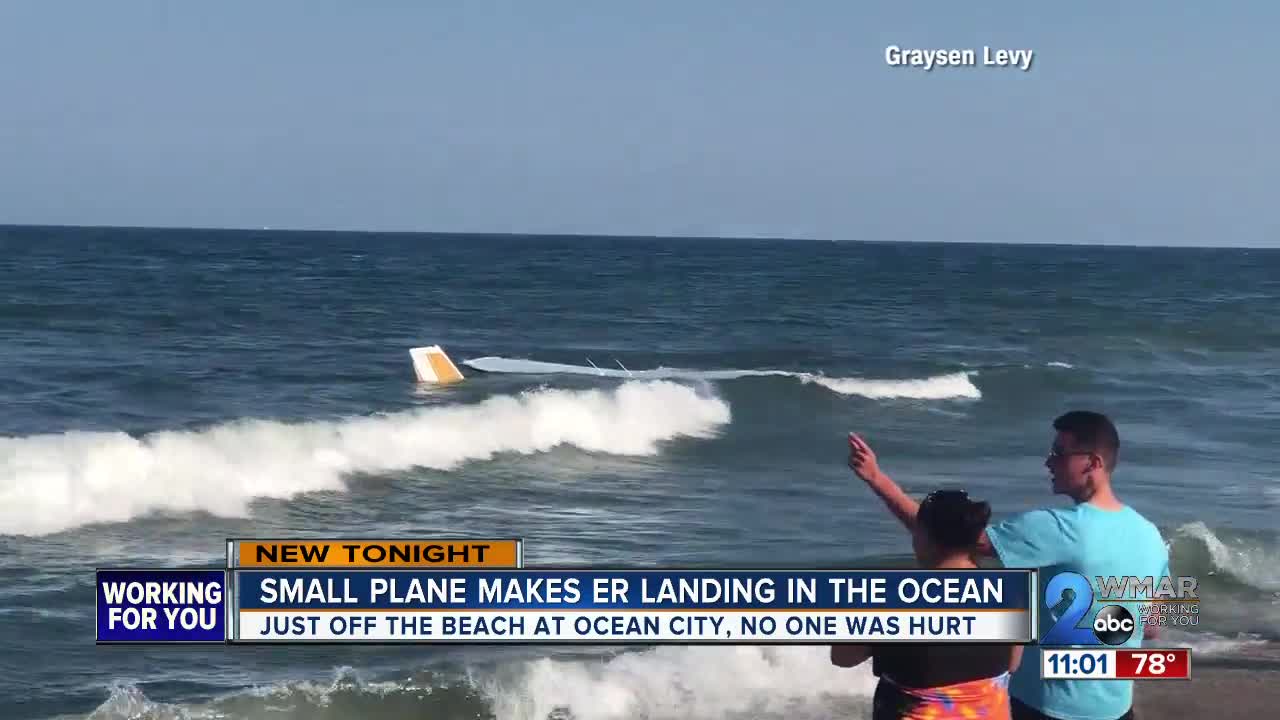 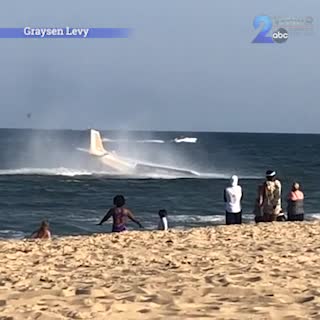 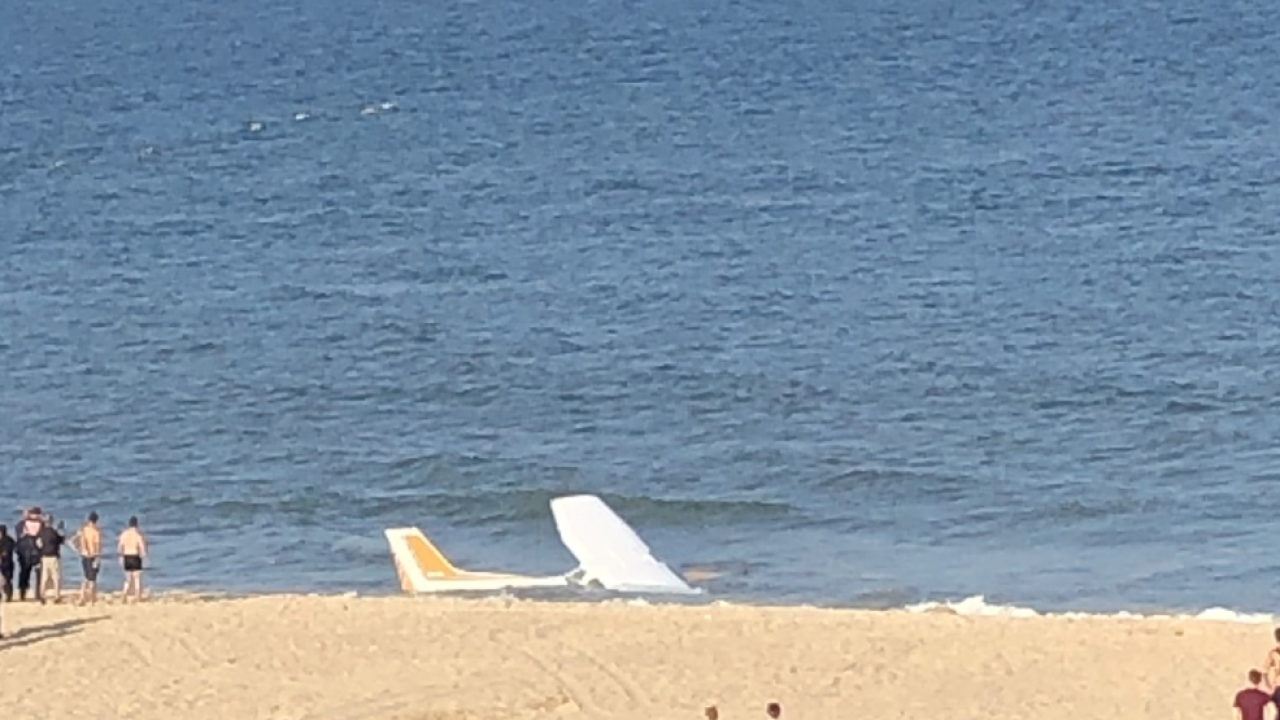 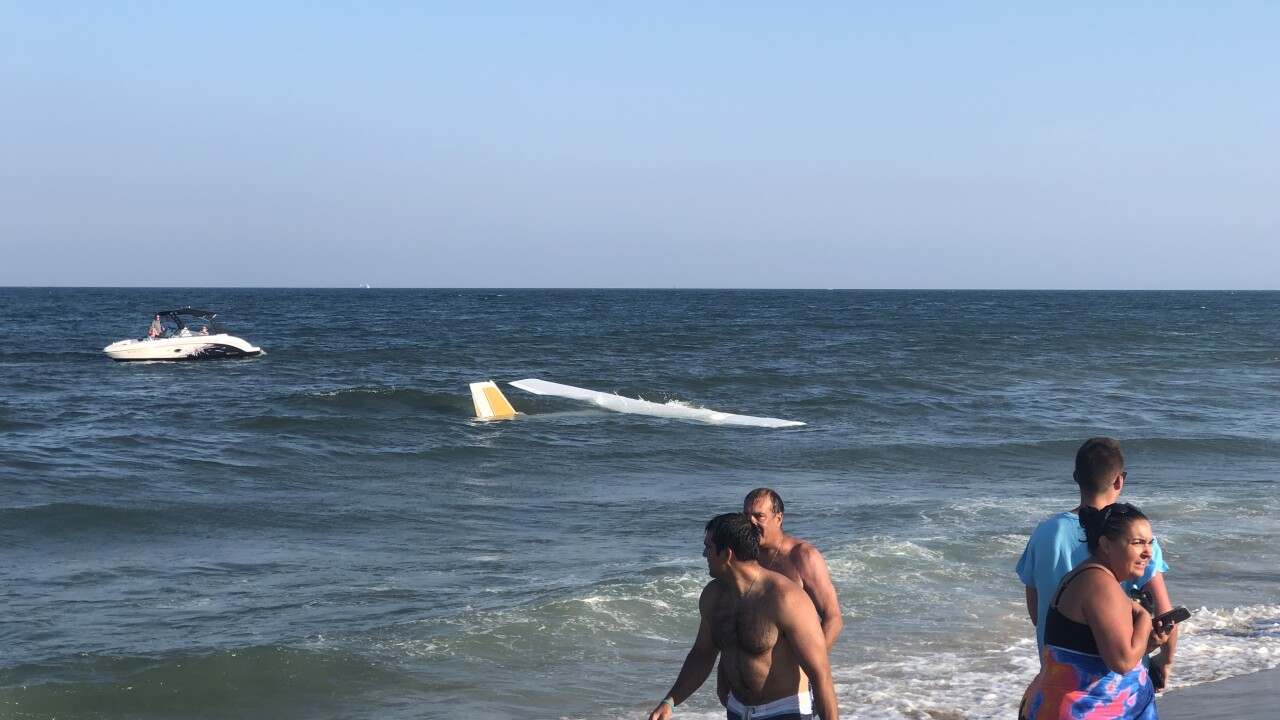 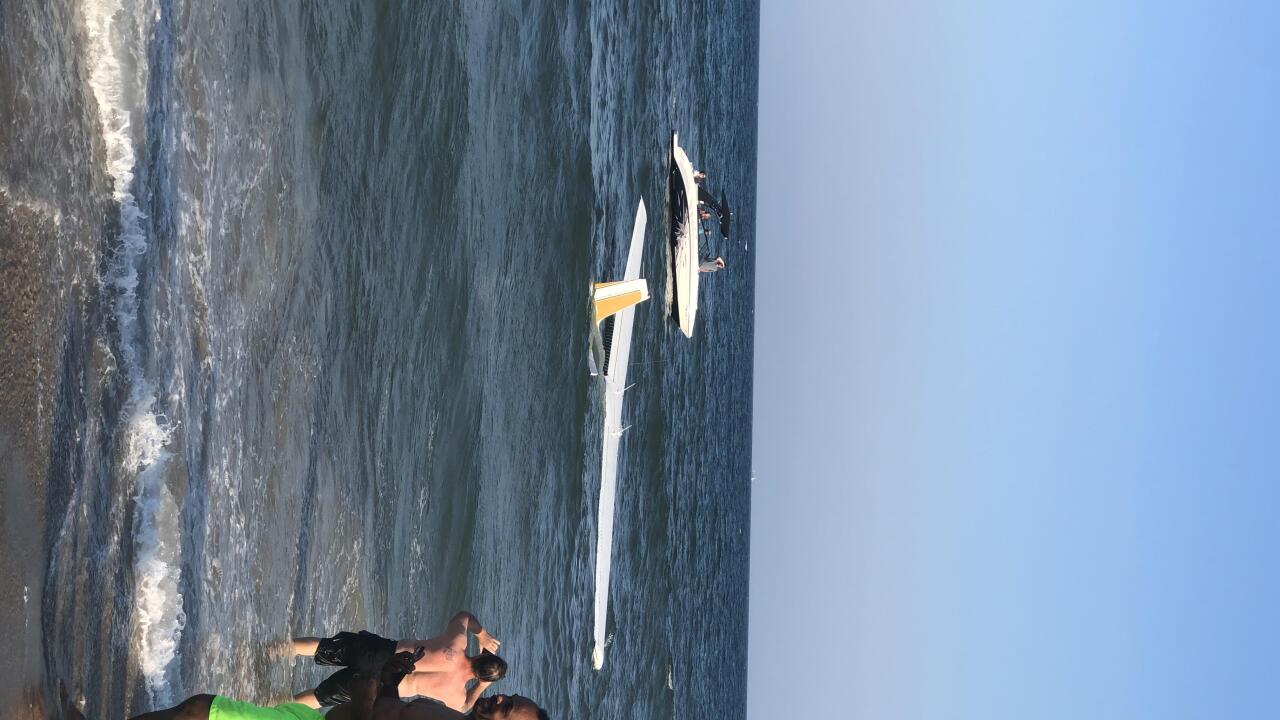 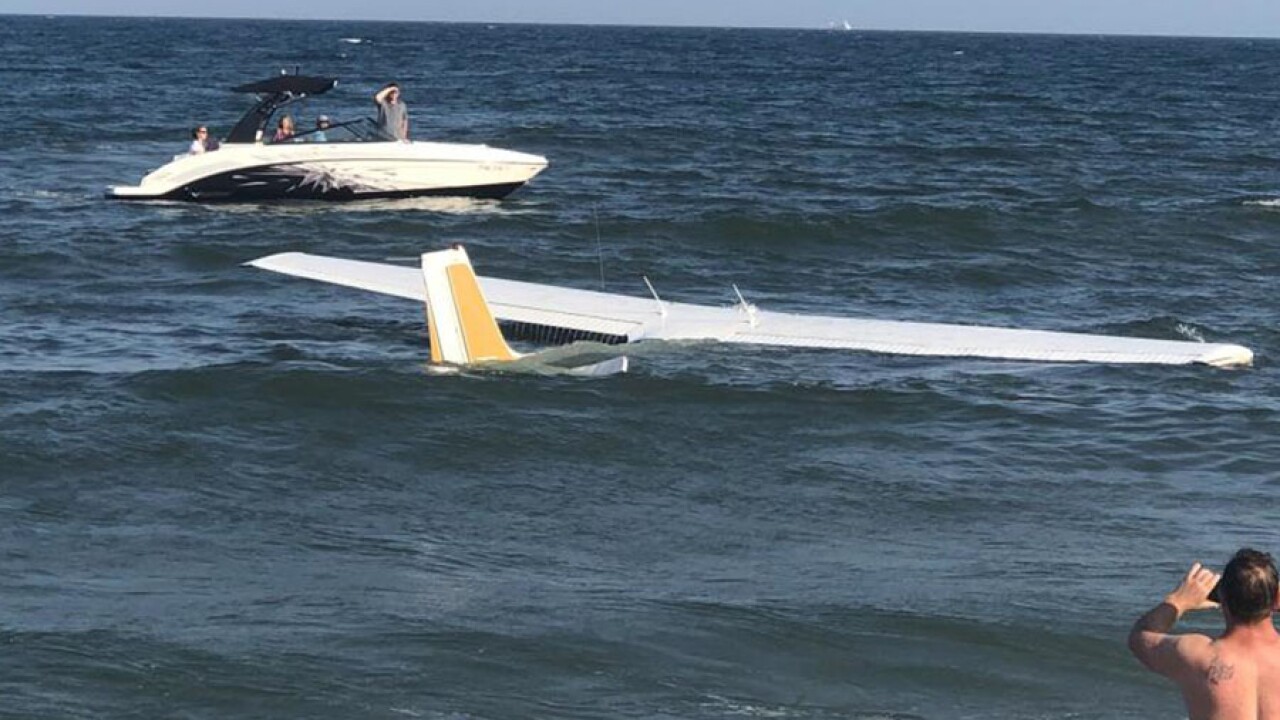 A plane made an emergency landing right on the shoreline in Ocean City Tuesday afternoon, with vacationers watching just feet away.

Officials with the Maryland State Police say no one was injured in the crash.

The sole occupant, 23-year-old Trevor H. Deihl took off from Reedville, Virginia on a local fishspotting operation and planned to land at the Ocean City Municipal Airport.

Deihl told police he was about a mile from shore when he began to have engine trouble and ultimately glided the plane into the ocean.

According to the Ocean City Police Department, an officer observed a small private plane make an emergency water landing at the beach and 21st Street at approximately 6:19 p.m.

According to a preliminary investigation, witnesses say the plane appeared to glide toward the water as it descended and then float on the surface of the ocean when it landed. The plane then floated in toward the beach.

Graysen Levy of Baltimore was there when the landing happened and captured the video.

"We were just in the water five minutes prior, got out to dry, turned around to see a plane skimming the water into an emergency landing," Levy said. "The kid got out safely and the plane fully submerged into the water afterwards."

Police believe that the plane experienced mechanical problems, however further investigation will be conducted by Maryland State Police.