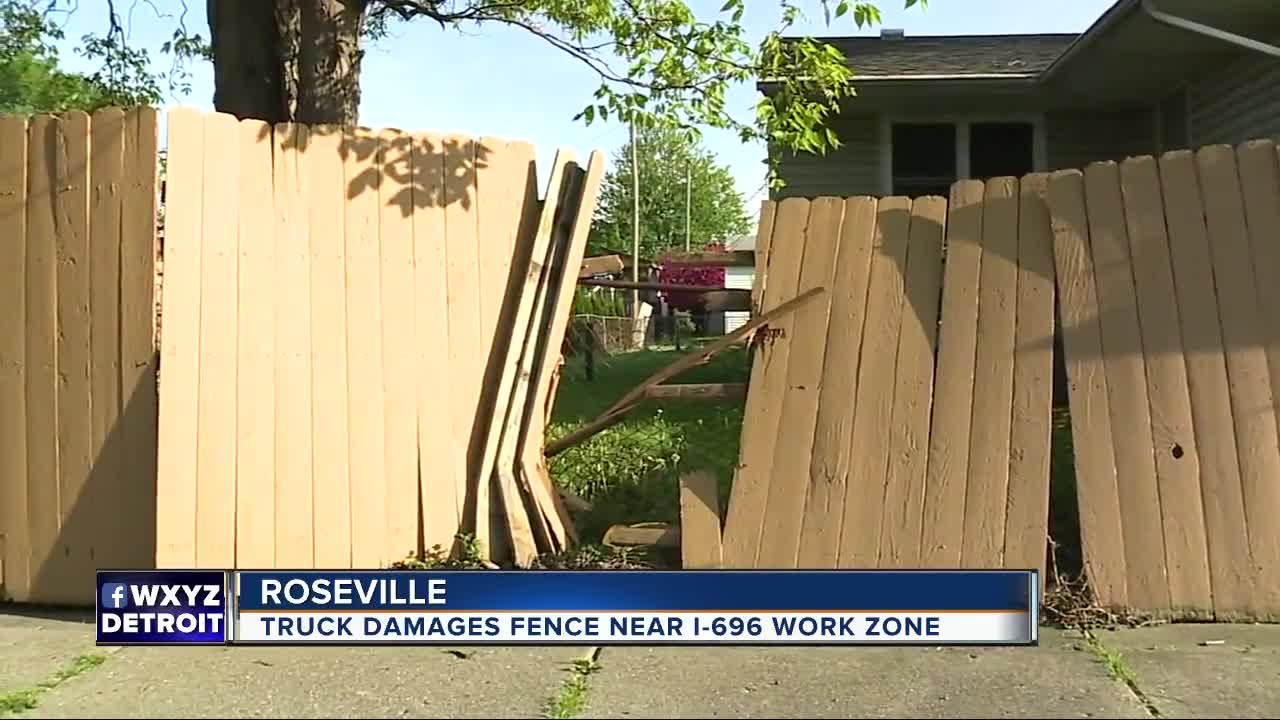 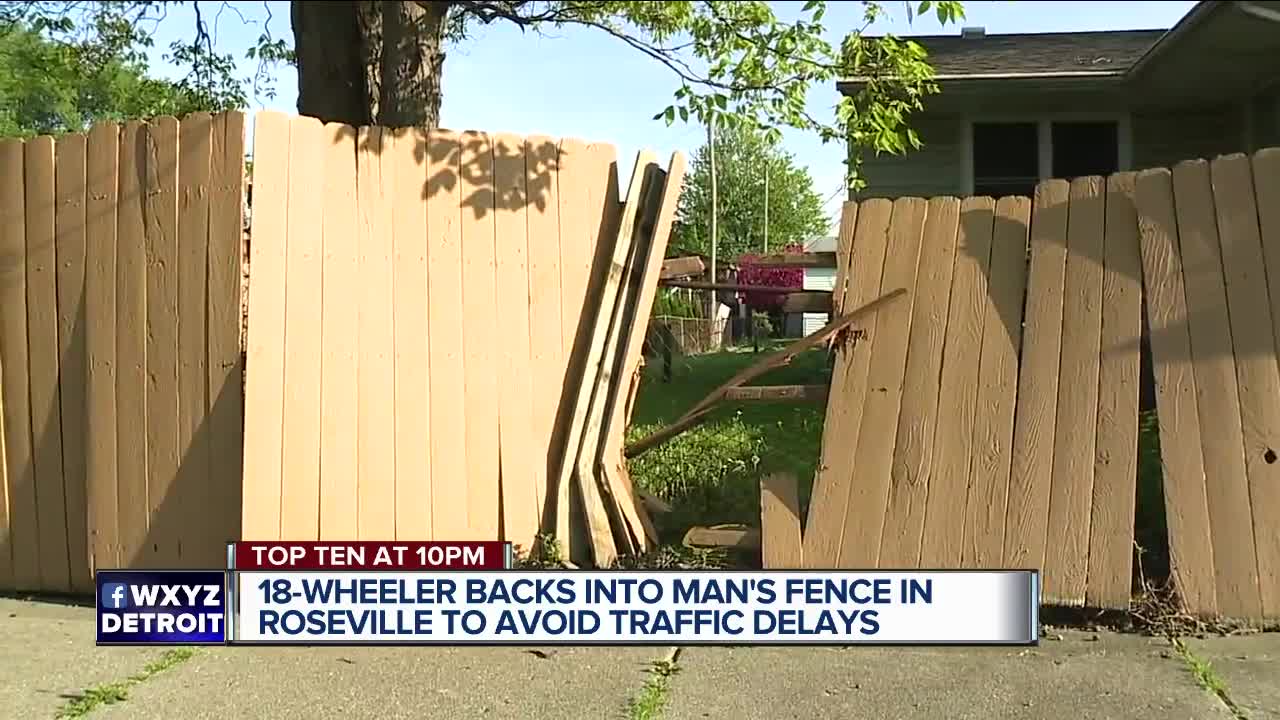 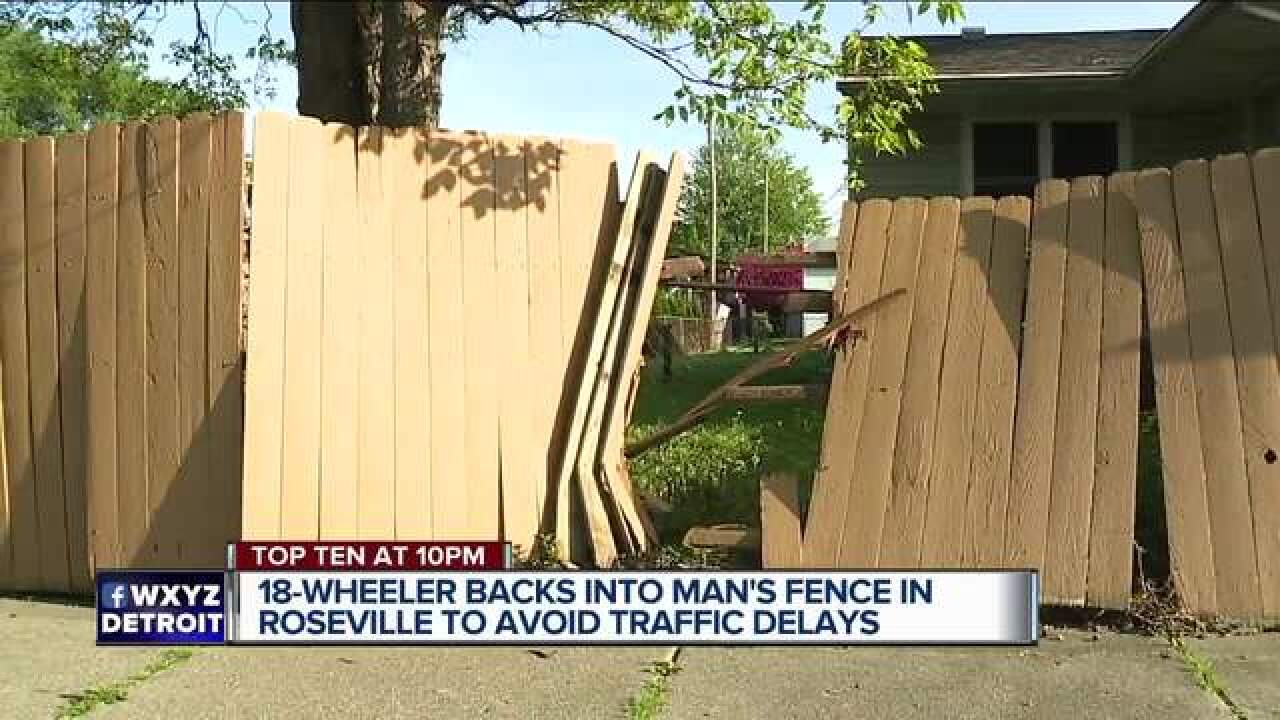 A Roseville man is fuming after an 18-wheeler backed up into his fence near the I-696 westbound service drive, trying to avoid traffic delays.

It stems from the closed on ramp at I-94 as construction crews work to repair the I-696 westbound lanes.

"It was so loud, you wouldn’t believe it. It was like an explosion," said Jerry Tranchmontagne, who says an 18-wheeler crashed into his fence.

The I-696 westbound road improvement project is causing all sorts of problems not only for drivers but people who live nearby.

"What’s going to happen is these trucks are going to get turned around, there going to start cruising down our side streets, tearing all our trees up, tearing our cars up and possible hit kids that are playing around," said Tranchmontagne.

Jerry has lived in his home on Cross St. near the I-696 westbound service drive for 28 years. He’s never had issues with big rigs cutting through his neighborhood.

"We’re getting reports all over the city of high speeds and trucks going through our neighborhoods and this is just unacceptable," said Tranchmontagne.

Around 12:30 Tuesday afternoon, an 18-wheeler tried turning around in Jerry’s neighborhood, when things went terribly wrong.

"He turns left and he backs up that way to turn back around onto the service drive and takes out the entire front of the fence," said Tranchmontagne.

The driver of the truck was eventually caught by police at a nearby store. Jerry says something needs to change.

"It’s just not me it’s this entire city and this area are scared to death right not we really are.  And this is just the beginning of the proof," said Tranchmontagne.

Jerry says insurance will take care of the fence, but again, he’s just worried this could be the beginning of more things to come.