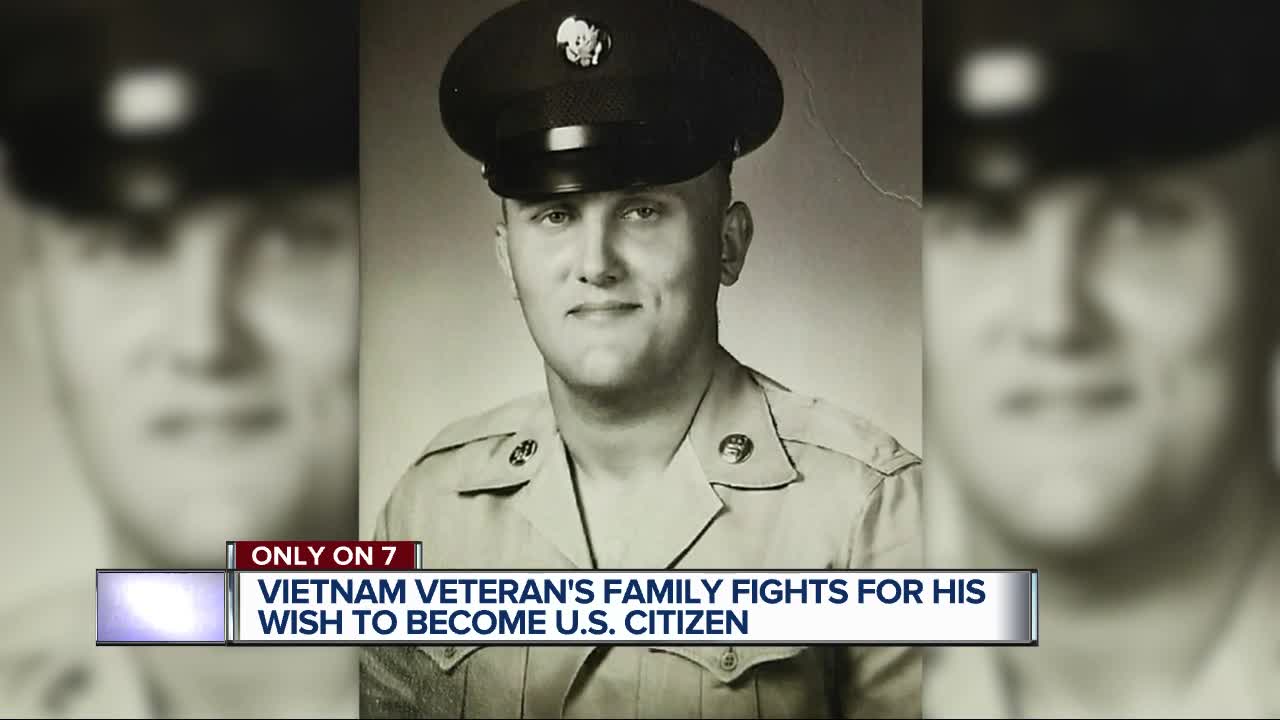 He served our country in Vietnam. He’s lived in the US since he was a child, but has no official country of citizenship.   Now, at the age of 71 it’s his final wish to become a proud US citizen. 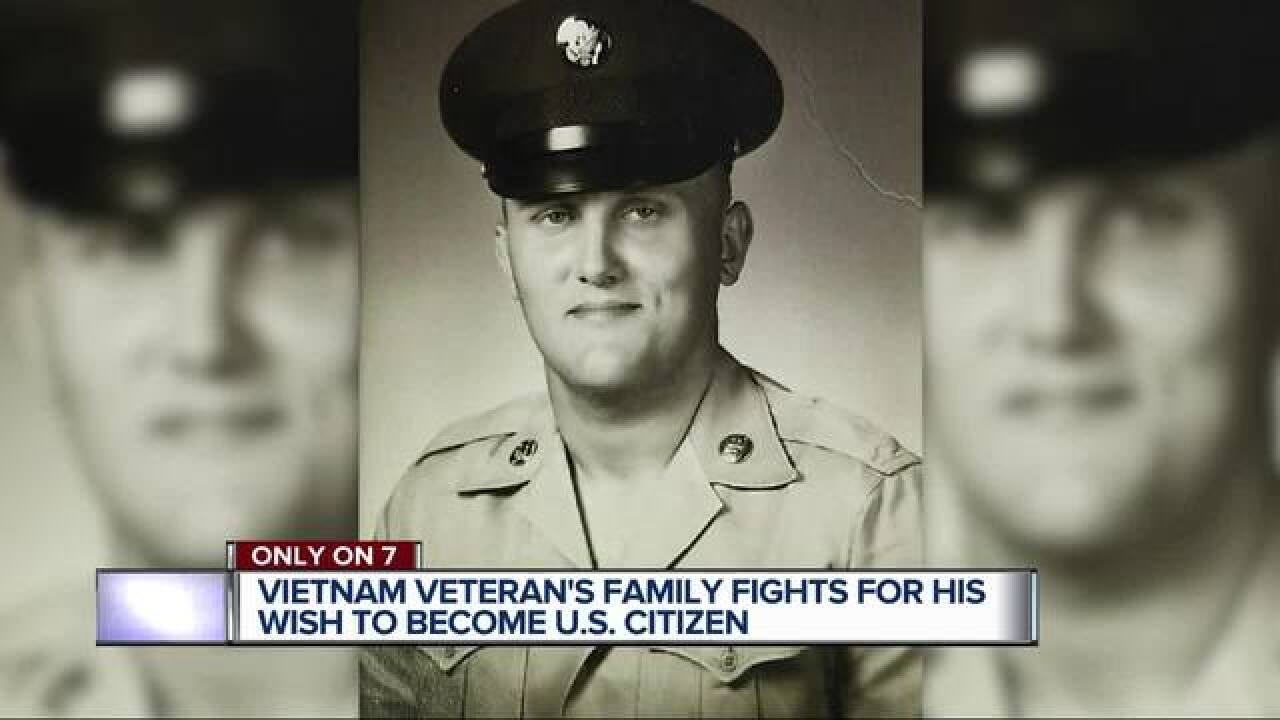 He served our country in Vietnam. He’s lived in the US since he was a child, but has no official country of citizenship.

Now, at the age of 71 it’s his final wish to become a proud US citizen.

Pictures can tell millions of stories. Where you’ve been, what you did and serve as forever memories.

For Jim Pawlukiewicz, a Vietnam veteran, pictures of him overseas serving this country are some of his proudest. A time he felt like he belonged.

However, after more than 50 years he still hasn’t been accepted as a US citizen, something he wants more than anything in the world.

Jim was drafted in 1966 to serve in the US army at 21-years-old. He went to Vietnam, and stayed in the country for several months.

"He was required to register for the draft because he went to school here, lived here," said Ackerman.

He’s considered a man with no country.  He was born in Germany to Polish parents.

Jim always wanted to be considered an American, even though he only carries a permanent residency card. He’s applied for citizenship many times before.

"We mailed them out and found out it was the wrong address, and we remailed them, they were rejected this time partly because of the way he writes his dates. He wrote them in the European standard way. It was rejected again because they said he didn’t pay the fee, even though it’s supposed to be free for veterans," said Ackerman.

While serving in Vietnam, he was exposed to Agent Orange, a chemical with damaging affects.

"He’s had a heart attack, he’s had a stroke, his thyroid was completely destroyed by the time he was 30," said Ackerman.

Jim is currently in the hospital. His family has reached out congresswoman Debbie Dingell, to help with his US citizenship application, one final time.

"My sister called him and told him and he didn’t respond right away and she said what’s wrong and he said, I’m crying," said Ackerman.

For a man, considered stuck, his one wish is to be recognized by the country he served and loves.

"Even though he’s never expressed that he really wanted to be a citizen or cared, I think deep down he cares a lot more than he’s ever let on," said Ackerman.