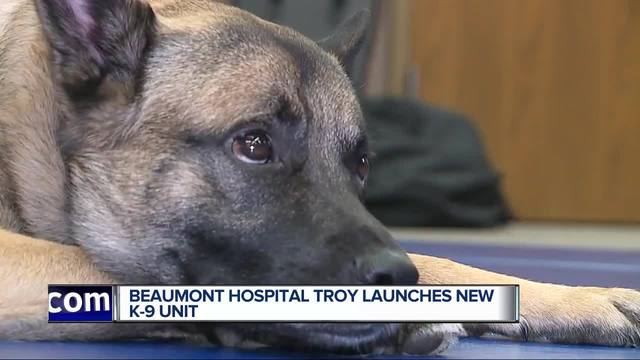 he newest security guard at Troy Beaumont Hospital is new on the job, but he’s quickly gaining a reputation for the calming effect he brings to both patients and the hospital’s security staff. 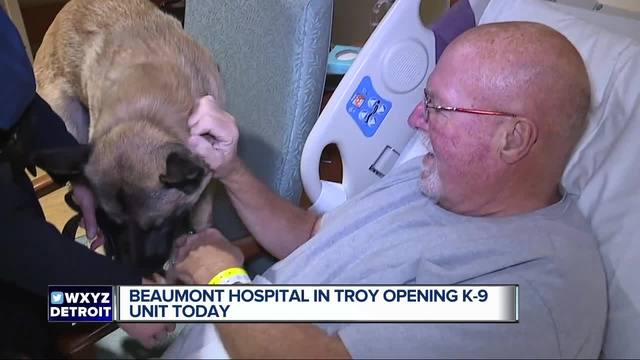 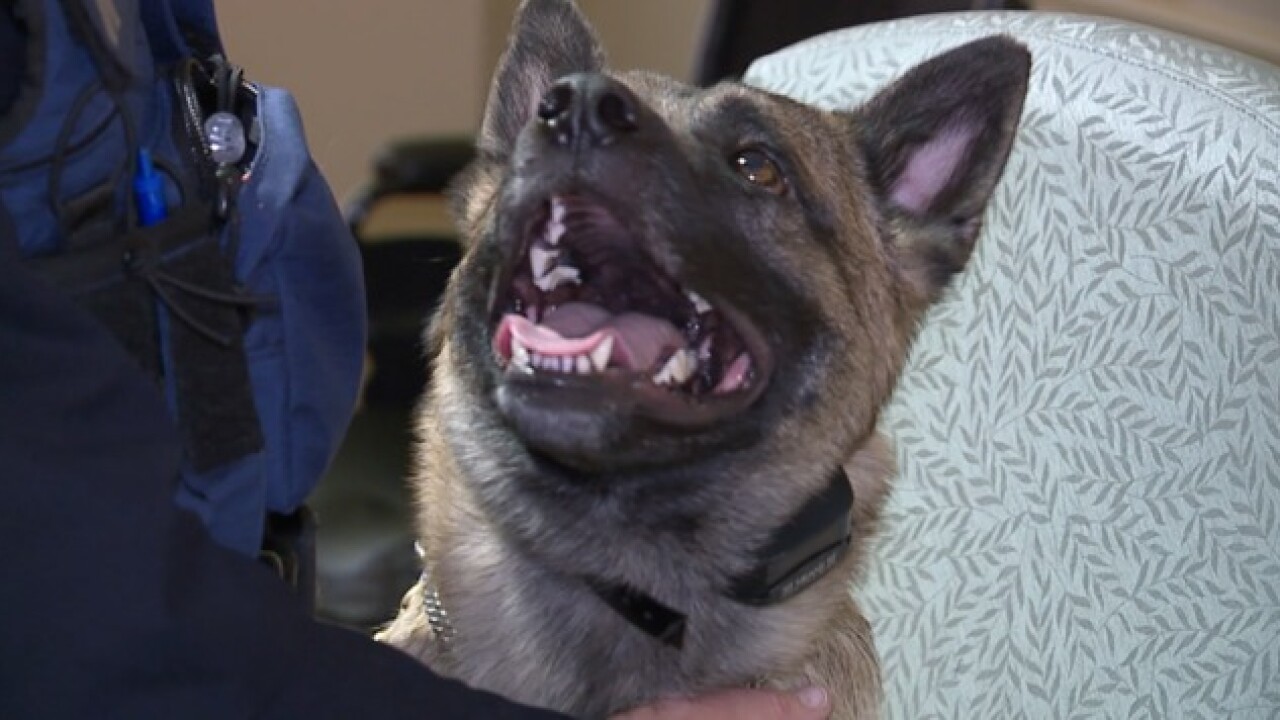 He’s cuddly, cute and tough as nails when needed. The newest security guard at Troy Beaumont Hospital is new on the job, but he’s quickly gaining a reputation for the calming effect he brings to both patients and the hospital’s security staff.

Apollo may look kind, but he’s also trained to the same standards a K-9 police officer trains to. In fact, Apollo is capable of bomb detection, tracking suspects if someone escapes a hospital not to mention the mere presence of a K-9 tends to de-escalate crowd control situations or would-be fights if a situation arises.

Unlike K-9 police officers, Apollo is also a trained therapy dog — meaning the same dog keeping patients safe, is also capable of snuggling up to a hospital bed and keeping a surgery patient calm.

“I’m a dog lover, but I only have grand dogs right now,” said Dale Douglas as he stroked Apollo’s head.

Douglas raised a few dogs himself years ago. After his bilateral knee replacements, Apollo was among the first visitors to check in on Douglas, and he was smiling ear to ear.

“How long have you had Apollo?” he asked Connie Joswick, Apollo’s handler.

It’s a question she’s bound to be asked almost regularly. The two seem inseparable, and in part that’s because they are, they are together 24-7. The bond is obvious — he even shares a birthday with her husband — but in reality Apollo and Joswick simply bonded quickly. He was “assigned” to Troy Beaumont in June, but his first day on the job was this week.

Starting in June Apollo started to receive explosives training to sniff out possible bombs. Joswick said he was so versatile and easy to work with it felt like she was getting her up to speed when she took over handling duties from the staff that began training Apollo at just 8 weeks old.

“I look forward to coming to work every single day,” she said, crediting her partner. “It’s just so rewarding.”

The hope is that Apollo does not need the skills he’s trained for, but he’ll be ready when called upon. Joswick showed 7 Action News the types of training he goes through to stay sharp — she pulled out more than half-dozen shiny silver cans. To the eye they’re identical, but one has a hidden scent inside. Apollo’s job is to quickly check each canister and sniff out the scent — and regardless of how many times the cans are moved he finds the right can every time.

Apollo joins the ranks with his brother who is working at another local Beaumont site. Beaumont also rolled out new K9 security officers in Taylor and Royal Oak two years ago.