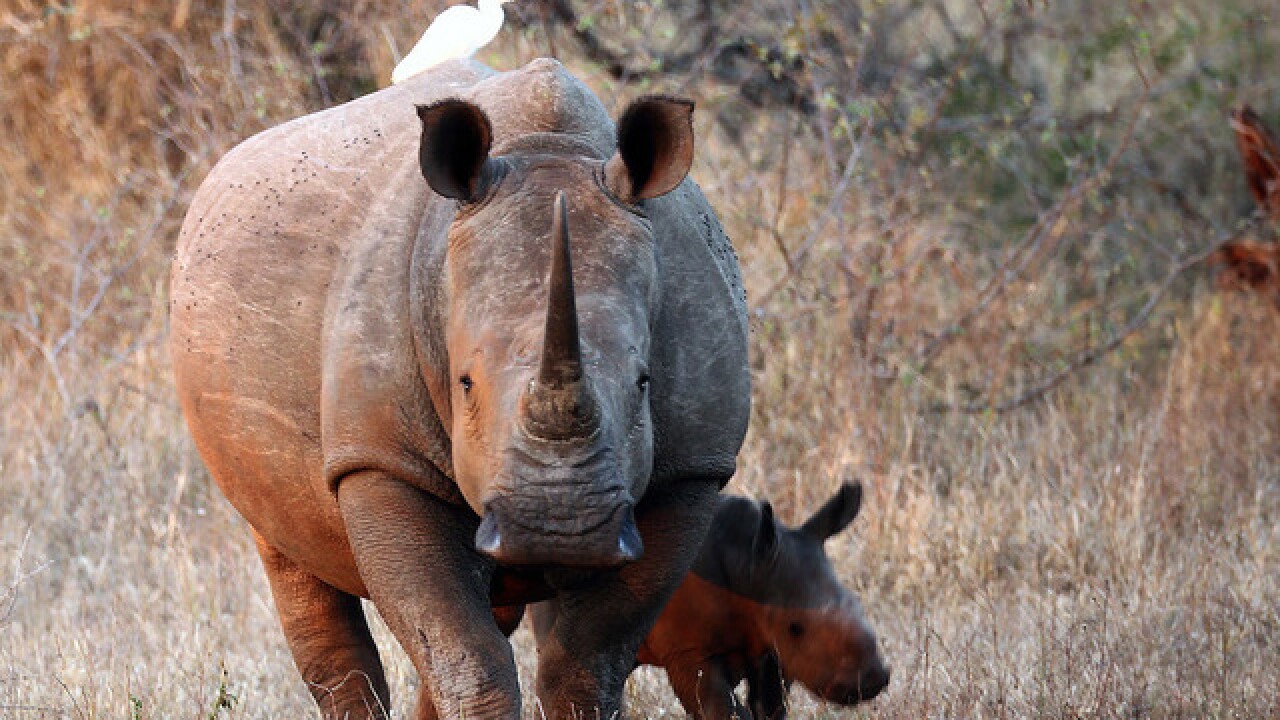 International auction house Bonhams has canceled an upcoming sale of rhino products amid mounting pressure from environmental groups, it was announced Friday.

The auction, which was due to take place in Hong Kong next week, would have featured more than 20 antiques carved from rhino horn, including a vase, a hairpin, a pouring vessel and a variety of drinking cups.

In a statement provided to CNN, Bonhams global CEO Matthew Girling said: "(We recognize) there are widely held concerns about this issue and have decided that the sale of the rhinoceros carving scheduled to take place in Hong Kong on 27 November will now not take place."

An online catalog for the sale, which had been titled "Exceptional Chinese Rhinoceros Horn Carvings from the Angela Chua Collection," has been removed from the auction house's website.

Girling also announced that Bonhams would join the likes of Christie's in barring rhino horn items from its auctions.

"In future Bonhams will not offer artifacts made entirely or partly from rhinoceros horn in its salerooms," the statement said.

The decision follows objections from high-profile conservation groups, including WildAid. An online petition, addressed directly to Girling, called the auction "unethical" and "unsustainable," suggesting that the sale would stimulate poaching.

The petition, which had been signed almost 10,000 times at the time of writing, also claimed that the sale was "quite likely illegal," and composed of "horns from recently poached rhinos" rather than antiques.

Girling refuted such suggestions in his statement, claiming that all rhino carvings that pass through the auction house are antiques with "known provenance" and requisite licenses.

"Bonhams stands behind the professionalism and expertise of its specialists," he added.

The use of rhino horn in Chinese art and crafts dates back millennia. Carved cups, such as those featured in the Bonhams auction, were thought to protect their users from poisoning. It was once believed that rhino horn reacted with poison, producing a fizzing that would alert drinkers to danger.

Despite global efforts to combat poaching, antique rhino horn items can still be bought and sold if they carry a license issued by CITES (Convention on International Trade in Endangered Species).

Bonhams, which is headquartered in London, is considered among the world's oldest and largest fine art auction houses. Rhino products previously sold by Bonhams include a cup dating back to the 17th century, which sold for $104,000 earlier this year.

Rhino horn items recently sold at the auction house's UK salerooms include a Buddhist carving from Nepal, which went for £40,000 ($52,000), and another elaborate Chinese cup worth £25,000 ($32,000). Other lots have included snuff bottles and walking sticks.

"We applaud Bonhams for canceling the November 27 auction of rhino carvings and warmly welcome its pledge of not offering any rhino horn artifacts in the future," she told CNN in an emailed statement.

"The price to do the right thing -- choosing saving rhinos over profiting from rhino horn sales -- is priceless. The responsibility of ensuring the survival of the remaining wild rhinos, less than 30,000 of them, rests upon all of us."

Conservationists, including Humane Society International, also mounted pressure on auction house Sotheby's to withdraw rhino horn items from one of its upcoming sales.

A two-day Chinese art auction, set to take place at Sotheby's Hong Kong next week, had featured three rhino horn items with a combined value of up to 420,000 Hong Kong dollars ($54,000), according to an online catalog.

As of Saturday, Sotheby's announced it would withdraw the three rhino horn related lots from the sale in an e-mail statement. Chairman of Sotheby's Asia Nicholas Chow confirmed the auction house would no longer offer rhino artifacts in the future.

The outcry comes less than a month after China announced that it was relaxing laws prohibiting the sale of rhino and tiger products for "medical" purposes.