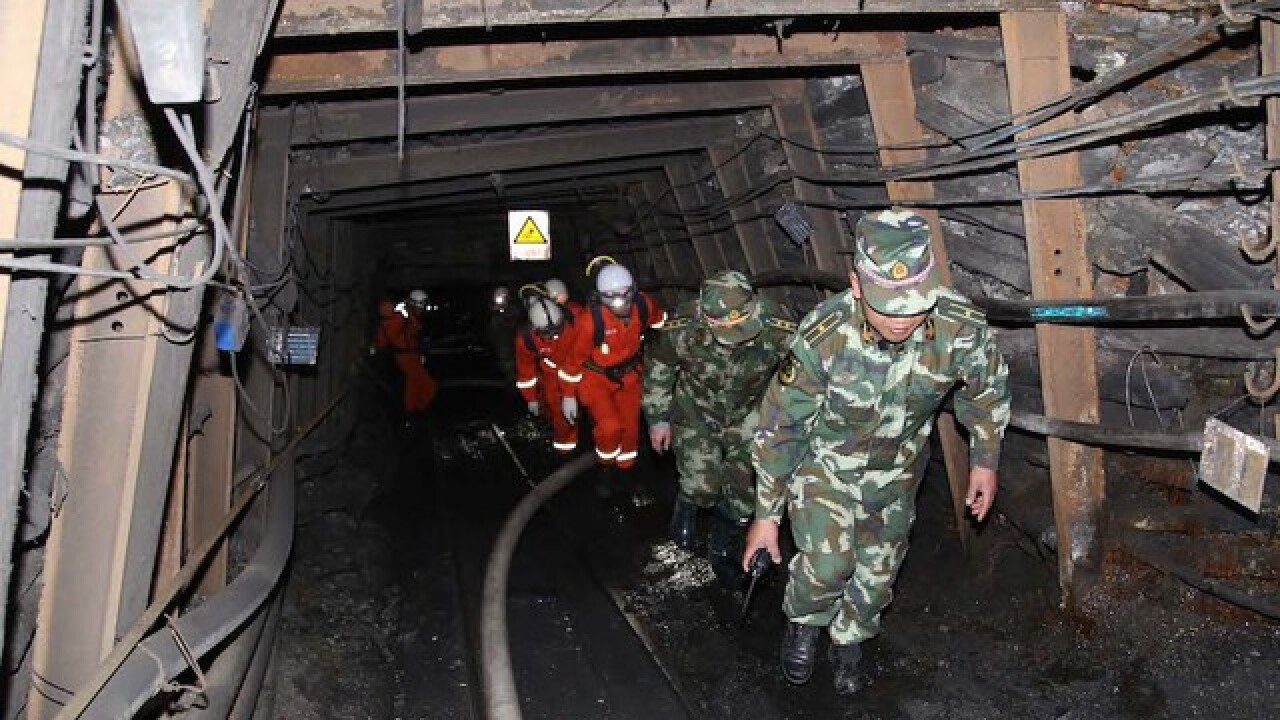 Copyright Getty Images
ChinaFotoPress
<p>Rescuers race against time to pump water from a flooded coal mine where 22 miners were trapped underground on April 7, 2014 in Qujing, Yunnan Province of China.</p>

More than 170 rescue workers are trying to free 18 coal miners trapped in a tunnel in China's eastern Shandong province, according to state broadcaster CCTV.

The miners were trapped after a rock burst at the Longyun Coal Mining Company in Yuncheng County at around 11 p.m. (10 a.m EST) on Saturday.

The incident destroyed part of a water drainage tunnel in the coal mine, killing two and trapping another 20 workers, the official Xinhua news agency reported.

Rock burst accidents are often caused by fractures in rocks due to mining.

This story is developing -- more updates to come.