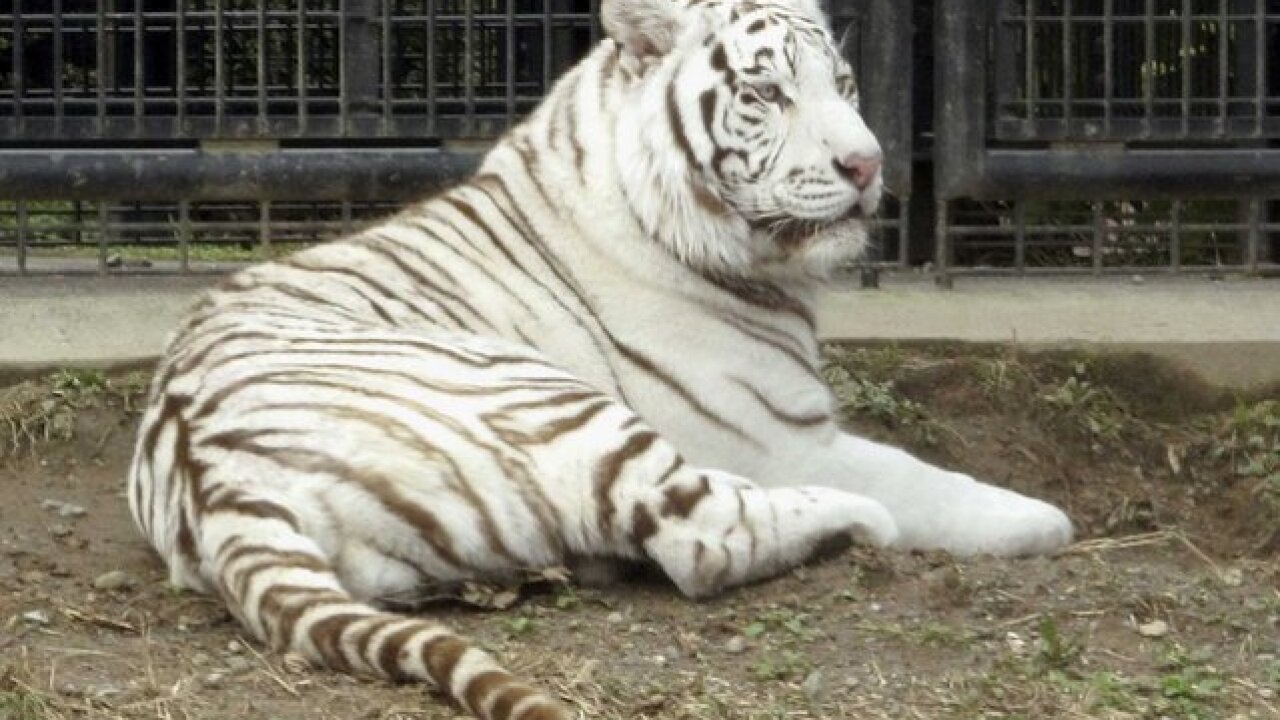 A rare white tiger has mauled to death its keeper in a zoo in southern Japan, zoo official Takuro Nakazako told CNN.

Police are investigating the incident after 40-year old Akira Furusho was found unconscious and covered in blood in the tiger enclosure at the Hirakawa Zoo, Kagoshima on Monday.

The tiger named "Riku," one of four at the zoo, was tranquilized after the attack but was not put down because Furusho's family did not want it killed.

White tigers are a genetic variant of the more common orange-and-black Bengal tiger but they have black stripes and white fur.

The zoo was open as normal on Tuesday but the white tiger observation zone was restricted "as police continued to investigate the case," AFP reported.