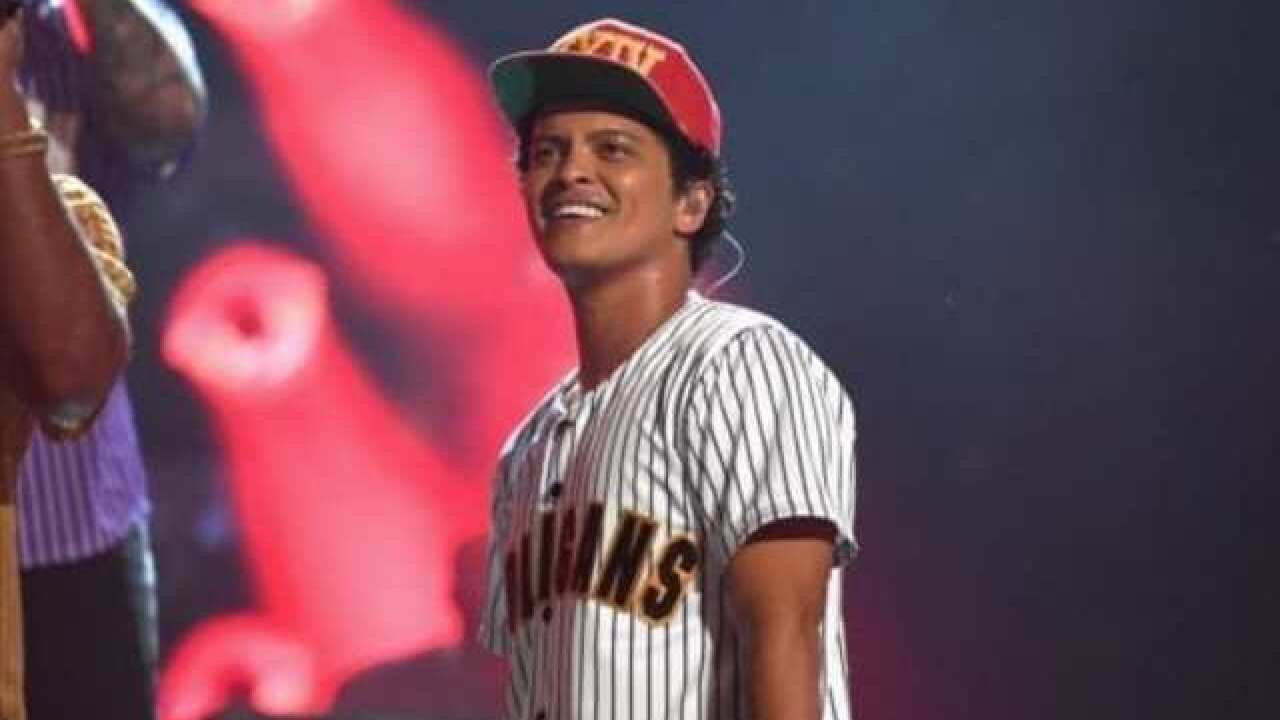 His “24K Magic” album and tour has been a success and now Bruno Mars is sharing his good fortune.

The singer will be providing 24,000 Thanksgiving meals to benefit those in need in his native Hawaii.

Mars is linking up with the Salvation Army’s 48th annual Thanksgiving Dinner meal program to bring some magic to those in need.

“We are humbled and honored by this generous donation from Hawaii’s own Bruno Mars,” Major Jeff Martin, divisional leader of the Salvation Army Hawaiian & Pacific Islands division, said in a statement. “Bruno is a shining example of how people in Hawaii step forward and take care of one another and we are grateful to him for his aloha and kokua.”

In January, Mars won the Grammy for album of the year with “24K Magic” and over the weekend he celebrated his “24K Magic World Tour” landing in Hawaii.

See the video for the hit song from his official YouTube channel:

He shared a photo of himself as a youngster holding a microphone on Instagram:

Let’s have a good time tonight Hawaii! Most importantly, let’s show love and aloha to everyone driving down and attending the concert. I’ve missed you all and I can’t wait to perform and sing on the island I call home.

“I’ve missed you all and I can’t wait to perform and sing on the island I call home,” Mars wrote in the caption.