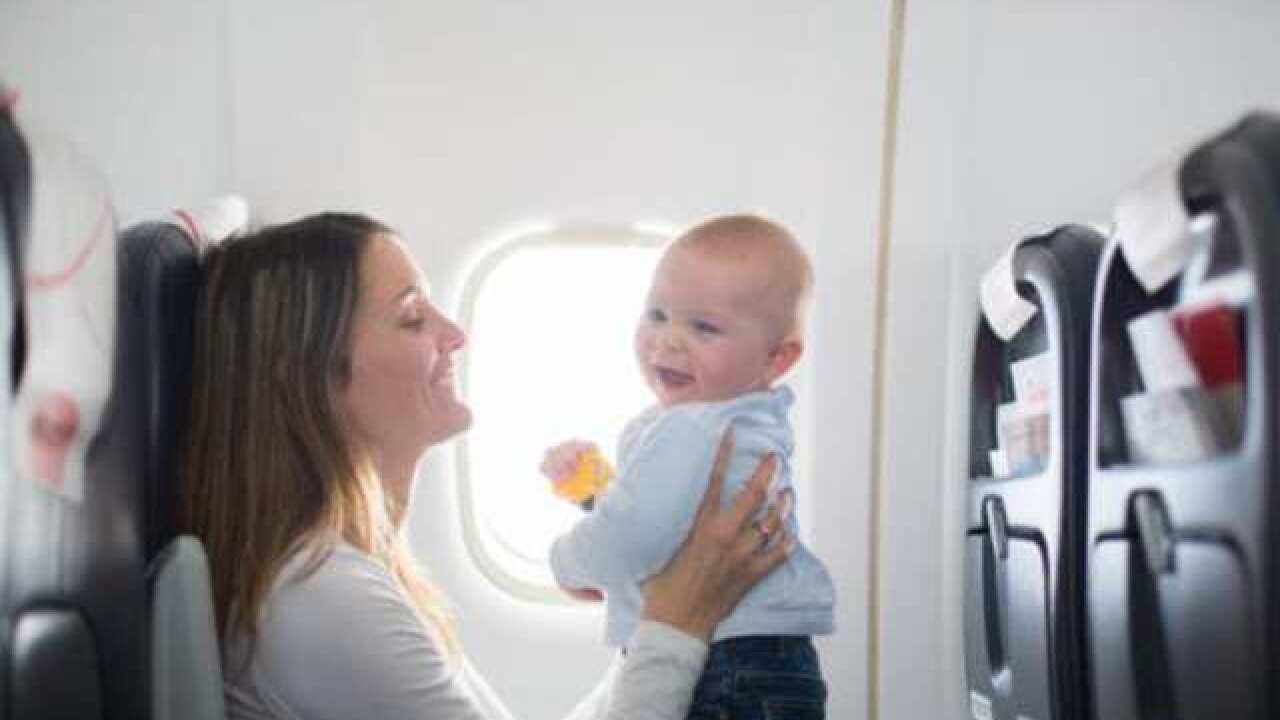 Traveling with children can be difficult, especially if you’re also trying to maintain a breastfeeding schedule. Finding a place where you can comfortably feed your child at an airport is easier said than done. But a new law will hopefully make things easier for nursing moms.

First introduced in May of 2017, the Friendly Airports for Mothers Act (FAM) was officially signed into law on Oct. 5. The new law states that all large and medium U.S. airports must provide a “lactation room” for mothers.

According to the law, a lactation room is one that is “shielded from view and free from intrusion from the public,” equipped with a door that can be locked and that is not a restroom. The room is also to provide seating options, as well as an electrical outlet.

The idea is that all moms seeking a private place to feed their child or use a breast pump can have a comfortable space that is separate from the women’s restroom.

Of course, mothers are encouraged to breastfeed wherever they choose, but should a private, quiet place be more optimal, it’s great to have that as an option.

The chair of the United States Breastfeeding Committee had this to say about the law in a press release:

“Breastfeeding in public is protected in all 50 states and families are encouraged to nurse wherever and whenever they are comfortable. These lactation accommodation provisions ensure that those who need or prefer a private space have access to one.”

The bill was first introduced by Senator Tammy Duckworth and Representative Stephen Knight. Duckworth, who was the first senator to give birth while in office, has expressed the difficulties of trying to feed a child while traveling.

“As a nursing mother, I had to stick to a feeding and expressing schedule, including when I was at the airport, but I quickly realized that finding a clean, accessible, private space was stressful and inordinately difficult. While I was comfortable breastfeeding my daughter in public, I did not want to express next to strangers using the same outlets to recharge their electronic devices. At many airports, I was redirected to a bathroom, forced to pump in a bathroom stall,” she wrote in an op-ed for Cosmopolitan. “We would never ask our fellow travelers to eat their sandwiches in a bathroom, but there I was, expressing milk for my child on a toilet seat. And studies show my experience was far too common among traveling moms.”

Some airports, including San Francisco International Airport and Seattle Tacoma Airport, already offer private nursing areas for moms and, according to a survey conducted by MomAboard, there are other airports that work with moms to offer them a private place to go, even if it isn’t necessarily a designated “lactation room.” Meanwhile, Working Mother reported a total of 15 airports that offered areas specifically designated for nursing as of 2017. It’s nice to know that with this new law in place, that list will only grow.

Moms — who’s ready for one less thing to stress about while traveling?