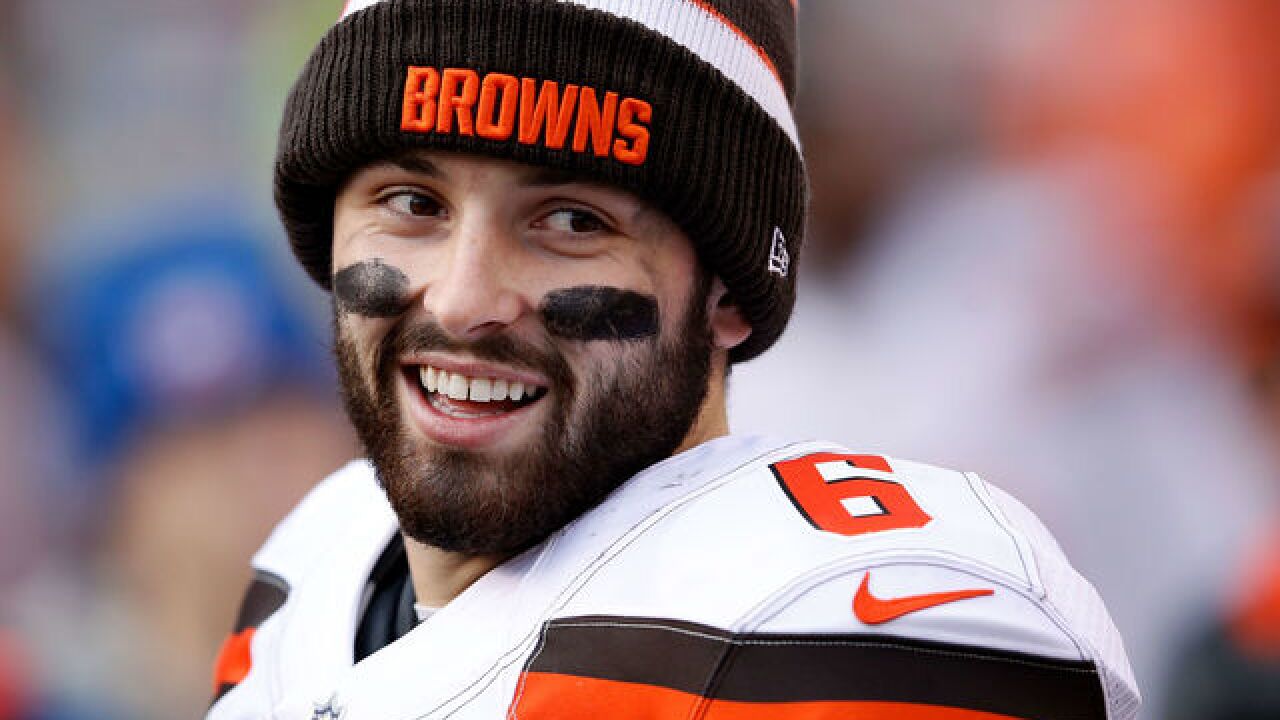 Cleveland Browns QB Baker Mayfield has been having quite the season, and after last Sunday’s performance can not only call himself a winner, but also the NFL’s Rookie of the Month.

The National Football League announced Thursday that Mayfield had been named NFL Rookie of the Month for November.

In November, Mayfield led the Browns to a 2-1 record, the club’s highest monthly percentage since Oct. 2014.

In addition to wins, Mayfield has recorded some impressive stats in November. He completed 74 percent of his passes for 771 yards with nine touchdowns, just one interception and was only sacked twice. He ended the month with a 129.5 passer rating.

Mayfield is just one of three Browns players to ever win the NFL Offensive Rookie of the Month award, joining QB Tim Couch who won in Oct. 1999 and OL Joe Thomas who won in Nov. 2007.

The Browns have a rookie class that is ready to impress this year. Mayfield, DB Denzel Ward, and RB Nick Chubb have all collected rookie accolades throughout the season.

Here’s a list of the awards collected by the Browns rookies this season:

Pepsi NFL Rookie of the Week:

Mayfield and Chubb are both finalists to win the Pepsi Rookie of the Week award for week 12.

Mayfield is the only rookie in NFL history to record a passer rating over 150, following the Browns 28-16 win over the Atlanta Falcons on Nov. 11. He also holds the Browns rookie record for most touchdowns in a game with four passing touchdowns against the Cincinnati Bengals on Nov. 25.

According to OddsShark, Mayfield is one of several favorites to win the NFL Rookie of the Year award which will be announced at the 2019 NFL Honors award ceremony on Feb. 2, 2019.