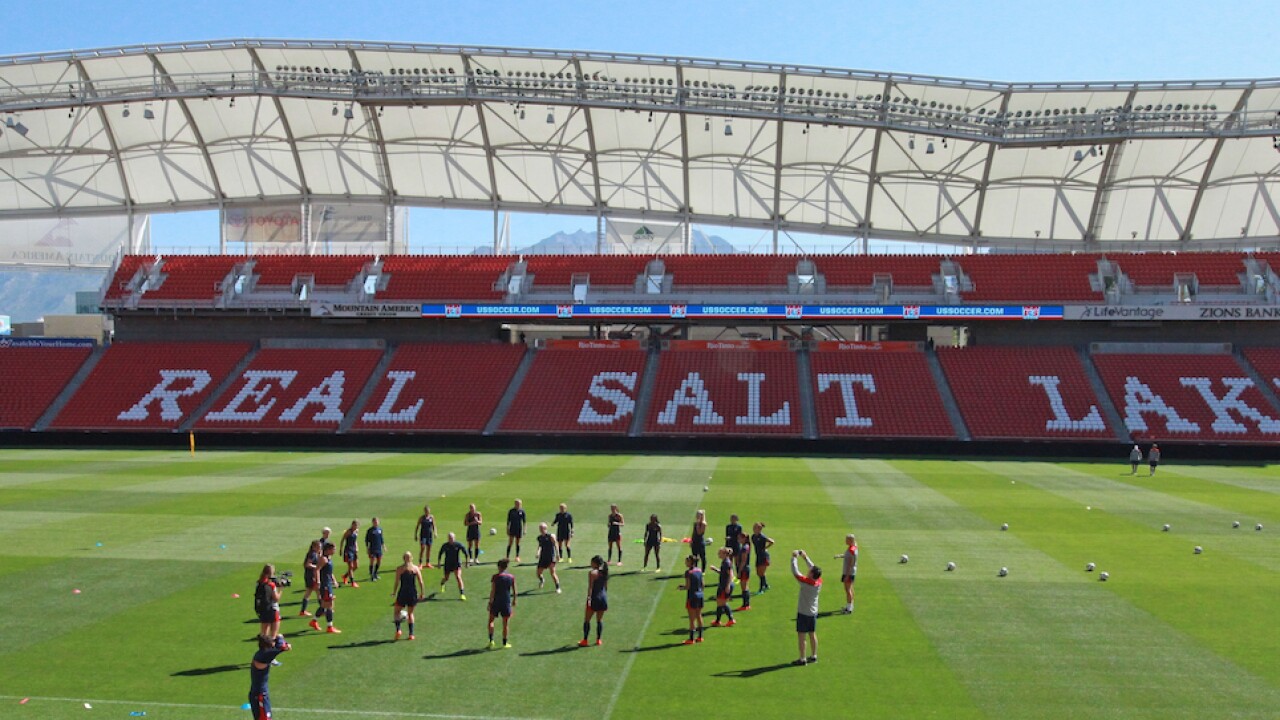 Copyright 2017 The Associated Press. All rights reserved.
Rick Bowmer/AP
FILE - In this Sept. 12, 2014 file photo, members of the U.S. Women's National team warm up during practice at Rio Tinto Stadium in Sandy, Utah. Utah's professional soccer team, Real Salt Lake, has saved about $5 million over the last five years after its owner quietly persuaded the county to cut the team's stadium property tax assessment by about half. (AP Photo/Rick Bowmer, File)

The first American sports league to return to play in 2020 will be the National Women's Soccer League.

The league announced that the 2020 NWSL Challenge Cup would consist of a 25-game tournament, which will begin June 27, at Zions Bank Stadium in Herriman, Utah.

No fans will be allowed at any of the games.

"As our country begins to reopen and adjust to our collective new reality safely, and with the enthusiastic support of our players, owners, as well as our new and current commercial partners, the NWSL is thrilled to bring professional soccer back to the United States," said NWSL Commissioner Lisa Baird in the press release. "This exciting month-long tournament will showcase our league's talented players and provide our fans with the type of world-class entertainment they've come to expect from the NWSL."

According to The Associated Press , players will train and live at two Salt Lake City-area hotels in an attempt to control the environment.

They'll also be tested for the virus before leaving for Utah, as well screened regularly during their four-week stay, the AP reported.

The league said the tournament opener and championship game would air on CBS, and all 25 games will be streamed live on CBS Access.

The semifinals and championship game will be played at Rio Tinto Stadium in Sandy, Utah, the league said.

To determine the seeding, all nine teams in the league will play four games. The top eight teams will then advance to the quarterfinal round.

The tournament will last 30 days.

The final game will be played on July 26.