The water you drink: From the Detroit River to your tap 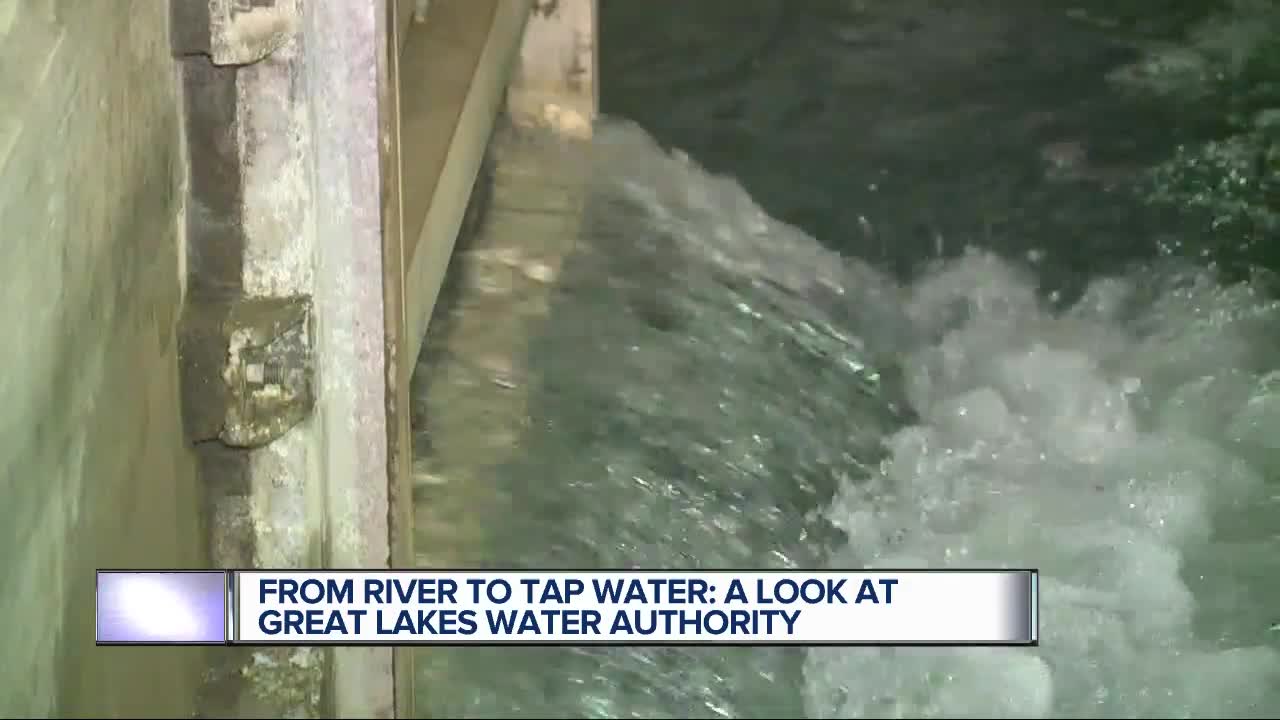 From river to tap water: A look at Great Lakes Water Authority.

DETROIT (WMYD) — There is a growing attention paid to the water we drink and bathe in following high-profile mishaps, including the Flint Water Crisis that continues to affect thousands. It’s shown a light on the multi-million dollar processes that it takes to get water from its source to your home.

This month, 7 Action News went on a tour of the Great Lakes Water Authority “Water Works Plant” located on Jefferson in Detroit. It’s one of five water plants run by GLWA, a system that serves more than 125 communities throughout southeast Michigan — an area that includes roughly 4 million people in our state.

“We’re monitoring every minute of the day to ensure what’s coming out is the quality of water we want,” said Cheryl Porter, the COO of GLWA.

Porter predates the GLWA, having started with the group as a chemist back when GLWA was part of Detroit’s city government under the Detroit Water and Sewerage District. In that time, she tells 7 Action News, there have been many changes to their system, including at the site we toured.

Everything starts with the water intake — this site, and two others linked to the pumps grabbing raw water, start the process with water straight from the Detroit River. Raw water flows by gravity from an intake to the treatment plant through a 10-16 foot wide tunnel under the river.

We asked Porter whether there are concerns about the source water given our own reporting on environmental concerns of sewage and toxins flowing into areas along the Detroit River and other bodies of water that feed it — Porter said their source water puts them in an enviable position because they’ve yet to test for the presence of PFAS and the abundance gives them flexibility.

“The biggest challenge is the change in seasons,” said Porter, noting that when the river freezes over, temperature changes cause a stirring effect, which makes it harder to filter out dirt that comes into the system.

“That’s the greatest challenge, but we’re still in an enviable position to others because of the position that we’re in — plenty of source water, it’s a great source to start with.”

The water that’s removed from the river goes through an initial screening that stops larger debris, fish and small objects from entering the system — then water is treated with chlorine to destroy bacteria before it’s pumped into the facility where it can get its first in-house treatment.

Porter walks us into a giant room filled with sedimentation basins — this area is part of a redesign that brought several steps under one roof, making it easier for engineers to oversee the process. The area looks like dozens of pools, but deep under the water are giant contraptions that look like ceiling fans meant to cause particles within the water to collide — it’s a process known as “flocculation” and it’s happening as chemicals are being introduced to the water which causes particles to clump together so that it’s easily removed at the next stage: sedimentation.

Inside the sediment basin room, you can see water flowing at the top which is suddenly more clear, as various bits of dirt, clay and silt is being removed.

The next step takes the clean water and starts putting a chemical known as “ozone” in contact with the water — it’s a hard-to-control gas that is essentially created and used for a short time within the system to disinfect water without the use of other chemicals. Once the water has passed through its contact with ozone, it’s sent to a giant filter process that is similar to a Brita filter you’d find in a home. Any small particulate not previously addressed in the treatment process can be pulled out here.

“This is a huge change,” said Porter, who notes that the new system requires just 12 giant filters as opposed to the 78 that once took up a larger amount of space in this water treatment plant. “This allows constant removal of solids through appropriate treatment so we have water of unquestionable quality.”

The final step involves introducing anti-corrosion control so that water doesn’t harm pipes as it flows through the hundreds of miles of pipe underground between the starting point and its final destination: your home. Additives like fluoride and chlorine are also put into the water, but throughout the entire process, there are both computers testing the quality of water and on-site chemists.

Porter said they’ve created redundancies to ensure safety — a job that keeps upwards of three-dozen employees on the job at all times, 24/7.